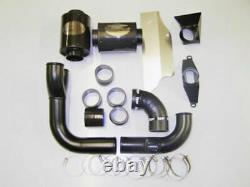 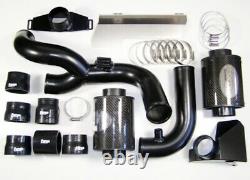 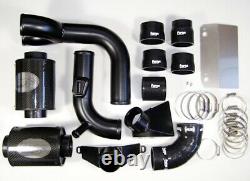 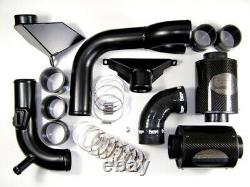 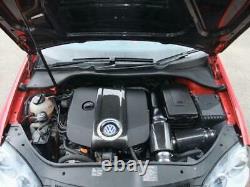 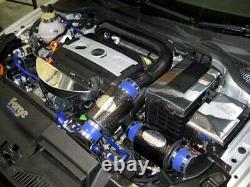 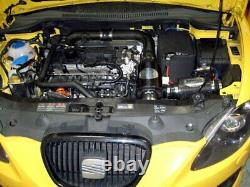 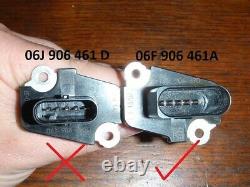 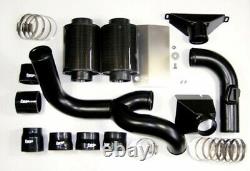 The Twintake induction kit has shown improvements of up to 17hp in our tests when compared to the original airbox/filter system. All the parts required are included in the Kit. This kit is available in Black only with Black hoses.

Which Kit Fits Your vehicle? Due to the different engines used and the different model badges employed it can be confusing as to which kit is required.

However in the US, this was known as the FSiT Then in 2006, there was a trim level on some Seats and VWs called the TFSi which still used the FSi engine. In 2009 the group moved to the new TSI engines and they are gradually coming through to all models, which are badged TSI on the engine cover.

However, there is still a version of the Golf Mk6 called the TFSi with a badge on the back of the car!! Even more confusing, the Golf R and Scirocco R both have TSi engine covers but are in fact FSi!! However, every version of Forge's Twintake kits are different in some way and are specific to one vehicle model. The kits are not interchangeable and Forge do not sell the components separately. If you are in doubt as to which kit is required please follow this guide. Determine model - so for a VW Golf this could be Golf MK5 or Golf MK6. Determine Engine All Forge's Twintakes are for the 2-litre VAG group petrol engines only. The earlier engine was found in the MK5 Golf, badged as the FSi in the UK market, and easily distinguished as it incorporated the air filter in the engine cover. The later engine, badged in the UK as TSi, is found in some MK5 Golfs, all MK6 Golfs and is easily distinguished as the OEM air filter box is separate from the engine cover.

Double-check your MAF sensor part number. Since 2009 the VW/Audi group have been changing the MAF sensors on their cars to a'more advanced' sensor which resists tuning and has the mounting plate mounted 180 degrees rotated from the original. However, many cars produced since 2009 still have the old sensor.

Please check the picture below to make sure you have the correct MAF sensor - the part number is printed in white on the top. Forge currently have no solution for the new MAF sensor on any car. Vehicles / Twintake part numbers.

No heat shields are supplied with the Seat Leon or Audi S3. The following images show the kits for the different models. FMIND12 for VW MK5 Golf 2 litre (Air filter originally incorporated in engine cover). FMIND12B for VW MK5 Golf Edition 30 2 litres (Air filter originally incorporated in engine cover). FMIND12D for SEAT Leon Cupra 2 litre (Air filter originally incorporated in engine cover). We recommend all parts are fitted by a qualified mechanic to ensure the correct fitment, though this kit does include fitting instructions. Check out the shop for 1000s more Genuine OEM & Performance VW, Audi, Seat, Skoda Parts. Helping you to stay mobile. Message us if you have any questions. All other Non VW Parts. For 1000s more of the best available parts. The item "VW Golf MK5 GTI Forge Motorsport Performance Twintake Induction Kit" is in sale since Monday, February 24, 2020. This item is in the category "Vehicle Parts & Accessories\Car Tuning & Styling\Air Intake & Induction\Performance Induction Kits".

The seller is "vw-parts-international" and is located in UK. This item can be shipped worldwide.